Reasons for filing a US provisional patent application 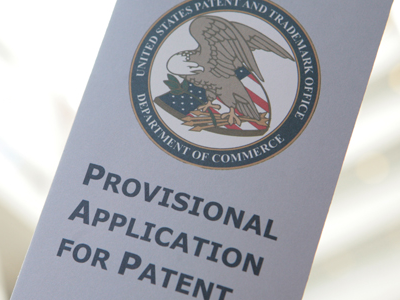 1  It may be noted that the phrase “non-provisional patent application,” or “NPA,” is the traditional term used to describe an ordinary application filed in the United States. However, the term need not be limited to the US, and in fact can apply to any ordinary patent application that is filed in any country which is a member of the Patent Cooperation Treaty (PCT). By the terms of the PCT, a patent application filed in any member country entitles the applicant to file, within one year of the first filing, the same or a very similar application in any member country, with priority going back to the date of the first filing. So, for example, a filing in country A may be followed, within one year, with filings in countries B, C, D, and E, all with priority of filing back in time to the filing date of A. This is true whether filing A is an NPA in Germany, or a PPA in the US. Therefore, a German patent lawyer with a severe time deadline could file a US PPA, and then would have a full year to file a German NPA based upon the US PPA. Hence, the term “NPA” really should not be limited to US filings in particular, since the critical distinction is PPA versus NPA, not place of filing.

(1) First Disadvantage – The PPA cannot result in a patent:

The PPA format is not now, and never was, intended to be a substitute for the NPA. Patents are derived solely from a filed NPA that is examined by a patent examiner and then passes through a prosecution process. There is neither examination nor prosecution for a PPA. The main purpose for the PPA as envisioned by the US Congress was to give inventors, particularly individual inventors or inventors in small companies, a chance to file a quick and cheap application, after which the inventors may seek funding or other business alliances. If the inventors find the necessary funding or other help, they may continue with the much more expensive and time-consuming NPA.

Therefore, although the PPA does allow the earliest possible priority date, it does not shorten the time from application to patent (called “the pendency period”), and in fact it lengthens the pendency period. In the 21st century, the pendency period of US non-provisional applications has been, on average, about 32 months. This has improved gradually over the last few years, from 2013 to 2019, so that the average pendency is about 23 months.1

However, this is solely from filing of the NPA. If a PPA is filed first, and the NPA is therefore delayed for one year, the total average pendency from filing of the PPA to patent issuance would be 12 months + 23 months = 35 months. If receiving a patent quickly is an important objective, then the filing of a PPA before the NPA may be disadvantageous.2

1  On the pendency period, see the US PTO web site at https://www.uspto.gov/corda/dashboards/patents/main.dashxml?CTNAVID=1004, last reviewed on January 15, 2019.

2  There are several ways by which examination a US NPA, and hence grant of a US patent, may be accelerated from the normal pendency period. Some of these ways may cost money, others may not. If time to grant is important, a patent attorney should be consulted.

(2) Second Disadvantage – The PPA exists for only one year:

I am familiar with cases in which inventors wished to renew the PPA by filing it again, in essentially the same form as the original filing. That may be done, but there will be a new priority date which is the filing date of the second PPA. Therefore, any intervening prior art that arose after PPA1 but before PPA2 will be effective against PPA2.

1  As with all patent applications in the US, if a deadline falls on a Saturday, Sunday, or national holiday, the deadline is extended to the next business day.

(3) Third Disadvantage – The PPA is not examined by the patent office:

There are no formal rules for the PPA – not formatting guidelines for figures, no formal sections required, no specific language. The US PTO does not even require any claims.1 The PTO can do this because the PPA is not examined by examiner. To be precise, if a PPA is followed by an NPA, and an examiner comes to examine the NPA, the examiner will check to see that there was a PPA filed and that it covers the same general subject of the NPA, but that is all. There is never at any time any office action issued against a PPA, so the applicant does not receive any official feedback on the PPA prior to issuance of a patent. This can be a disadvantage, in that the applicant merely assumes that the PPA covers all the claims presented in the NPA and allowed by the examiner, but that is not always true.

There are indeed specific cases in which the question of valid priority becomes vital. In these cases, an examiner, or an appellate board of the patent office, or a court, may review the PPA in detail to determine whether or not it does support the claims in the issued patent. If it does, the claims in the patent may be valid, but if it does not, the claims may be invalidated by intervening prior art. There is no feedback on the PPA prior to litigation.2 That can be a serious disadvantage in some cases.

1  The PTO does not require claims, but let us not deceive ourselves. Other jurisdictions may require at least one or two claims for the document to be considered “a patent application” entitled to create priority of filing. Even if that were not true, superior practice would require the drafting of at least a few claims (say one 2 or 3 claims) that capture some of the main embodiments of the invention. The language of these claims need not be perfect, but each claim should have the three standard elements of a patent claim – the preface, the transition, and two or more elements. The requirements of patent claims are discussed in great detail in my books TRUE PATENT VALUE: Defining Quality in Patents and Patent Portfolios (2013), and LITIGATION-PROOF PATENTS: Avoiding the Most Common Patent Mistakes (2014).

2  Several cases in which a PPA was examined for sufficiency, are described in great detail in my book, PROVISIONAL PATENT APPLICATIONS: Use and Abuse (2017). For example, in the case of Siemens v. Samsung (PTAB 2014), Samsung filed a PPA in the US, which was filed by a Siemens application in Germany, which was filed by a Samsung NPA, and finally a Siemens NPA. The Samsung PPA was extremely short, and the question was whether that PPA supported the Samsung NPA – if it did, Samsung wins. If it did not, Siemens wins. In a second case, St. Gobain Glass France v. PPG Industries US (2011), the Technical Board of Appeals of the European Patent Office had to decide if a PPA filed by the US company supported a European patent filing by the same company. These two cases, and many others, are discussed in the book.

(4) Fourth Disadvantage – There is a strong temptation to abuse the PPA:

This is by far the greatest disadvantage of the PPA, and it can be very harmful. Since there are no formal requirements, applicants are tempted to throw some materials together,1 add a title, add a disclosure sheet for the inventors, pay the fee, and let it go at that. Sometimes applicants will add one or two claims to make sure the PPA can be called “a patent application,” but that’s all.

This approach is a very serious mistake. I have seen this time and time again with provisional patent applications. The result is that the PPA is defective. It does not explain adequately the inventive concept. It does define or illustrate what I call the “key claim terms,” which are the words or phrases that explain what the inventor thinks is patentable. It does not expand the original concept to foreseeable embodiments, as must be done by any good patent application. It does not support the later filed NPA.

This is a shame. It is often done this way to save time and money, and they are indeed saved, at the cost of vital quality in the filing. PPAs are not like NPAs. To write a full NPA, or fix a draft of an NPA, is generally time-consuming and expensive. A PPA, conversely, can often be drafted relatively cheaply, sometimes by taking standard material from the applicant and adding some claims and definitions of key terms. The cost of drafting a PPA, or fixing a first draft, are typically small, and the required investment of inventor time is similarly quite modest. Nevertheless, the lackadaisical approach, I would even say the negligent approach, is often the one used, and the results are seen in poor quality of the PPA.2

1  For example, technical articles published in journals, technology roadmaps, strategic plans, PowerPoint presentations, and another such material are amalgamated in one file, and presented as a “patent application” with no review or consideration of how the documents might be changed. To present such material is not wrong in itself, but the material must be modified to create a true patent application, and that is often not done.

2  Truly I have seen this many times. Several of the cases analyzed in the book PROVISIONAL PATENT APPLICATIONS demonstrate the problem. This error is seen often in high-tech, where busy inventors simply throw in one or two technical articles, add a claim, and file the result as a PPA without consulting a patent attorney. Saves money, but costs in quality. I see this in both the private and public market. Universities in particular are quite vulnerable to this problem – perhaps because the professors are busy, perhaps because the universities lack patent budgets, filed PPAs from university researchers often lack any review or improvement by a patent attorney, and that is typically a mistake.

Provisional patent applications are tremendously valuable in appropriate cases. But their very advantages – speed, low cost, lack of formality – are sometimes abused by applicants who rush to file without do an appropriate review. It is advisable to have a patent attorney take at least a brief look at the draft PPA before filing. A very small bit of time, work, and money, may increase immeasurably the quality the PPA, and hence the validity and scope of a later filed NPA and the resulting patent.

Find out more or adjust your settings.

This website uses cookies so that we can provide you with the best user experience possible. Cookie information is stored in your browser and performs functions such as recognising you when you return to our website and helping our team to understand which sections of the website you find most interesting and useful.

Strictly Necessary Cookie should be enabled at all times so that we can save your preferences for cookie settings.

If you disable this cookie, we will not be able to save your preferences. This means that every time you visit this website you will need to enable or disable cookies again.