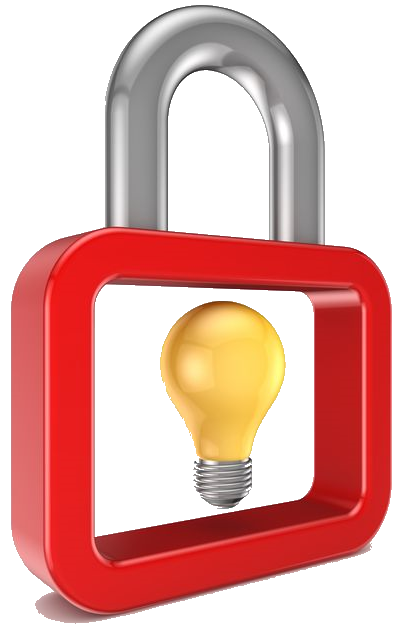 Inventions invented via the use of an artificial intelligence platform can also arise in any technological field. However, the inventive nature of any resulting inventions does not depend upon the novelty of the platform or the data utilized. Only the end result needs to be novel. By way of example, the following depicts an aerospace antenna designed at NASA using artificial intelligence:1

From an enforcement standpoint, apart from validity challenges to an issued patent based on one or more of the foregoing grounds, an artificial intelligence patentee faces the difficult task of determining whether a system actually employs the invention as claimed. By way of example, unless an infringer has published the details of its artificial intelligence system, the owner of the afore-referenced ’700 Patent will likely be unable to prove that a putative infringer is using the categorizer DBN as claimed. This would not give the patentee the requisite good faith belief in the bona fides of a complaint for patent infringement.7

With regard to the aerospace antenna discussed above, assuming a claim were drafted covering the use of artificial intelligence to design the antenna, one looking at a potentially infringing antenna would be unable to tell whether its design was generated through the use of artificial intelligence. Of course, a claim could be drafted directed to the antenna itself without reference to the manner in which its design were generated. As noted above, however, an inventor must be an “individual.” The artificial intelligence platform, which is the true instrumentality responsible for generating the antenna’s design, cannot be an inventor. The person that instructs the platform to search for an optimal antenna design is no more an inventor than one who merely identifies a problem for others to solve.8

Other practical considerations may affect a patentee’s decision regarding whether to enforce an artificial intelligence patent, such as the potential ability of an infringer to design around the claimed invention. Looking again at the ’700 Patent, an infringer could conceivably replace the claimed DBN with a convolutional neural network (CNN), thereby avoiding infringement. More generally, with the advances in overall computer technology, the likelihood that a patented invention will remain state of the art for the entire 20-year patent term is remote. Thus, a patent’s commercial value from an enforcement standpoint will typically expire long before the patent itself.9

Irrespective of the ultimate reasoning, patent application filings have not translated into assets amenable to enforcement (and, thus, commercialization) in any sort of meaningful fashion. Whether correlative or causative, these metrics indicate that there will likely not be a meaningful return on the investment companies have made in prosecuting their respective artificial intelligence patent applications. When this metric is considered along with the afore-discussed issues attendant to securing patent protection for artificial intelligence inventions in the first place, an alternate approach to securing patent protection for such inventions warrants consideration.

Finally, the third category of artificial intelligence inventions—those made via an artificial intelligence platform—may be appropriate for trade secret protection. The lynchpin to this issue, at least under the DTSA, is whether the public can discern the invention from the commercial embodiment thereof. In the case of the afore-described battery material combination, it is likely that one could reveal the combination through reverse engineering. As such, the combination is “readily ascertainable,” and therefore cannot be a trade secret.21 Such reverse engineering does not constitute an improper means for acquiring the subject information under the DTSA.22

If, however, the artificial intelligence platform is used to determine an optimal method of processing these same materials and that method may not be amenable to invention through reverse engineering, the method can be maintained as a trade secret. Similarly, if the Coca-Cola company could somehow employ artificial intelligence to improve upon its beverage formula, empirically, there is evidence that it is entirely possible to maintain the secrecy of that formula, even though it is used to manufacture a product sold around the world.

In light of this reverse engineering issue, the propriety of seeking patent, as opposed to trade secret, protection for this third category of artificial intelligence invention will likely need to be evaluated on a case-by-case basis. In general, however, as suggested above, the issue of proper inventorship may be a bar to patentability where an invention has been entirely invented by a machine. Thus, for this third category, the choice may very well be trade secret protection or nothing. In any event, trade secret protection does not engender incremental costs analogous to those associated with patent prosecution. Therefore, without incurring incremental costs, a company may initially treat this type of artificial intelligence invention as a trade secret, leaving to a later time the determination of whether to pursue a claim in the event of the misappropriation of such information.

For each of these three categories of artificial intelligence invention, the owner must, pursuant to the DTSA, take “reasonable measures” to maintain the invention as a secret.23 The bar for such maintenance is likely not particularly high, with confidentiality agreements and password protected entry points in most cases being sufficient to satisfy this requirement.24 As an aside, this bar would allow a trade secret owner to protect trade secret status during evaluation by a third party by simply putting in place an appropriate non-disclosure and use limitation agreement.

Those engaged in the effort of artificial intelligence research and development may be lured toward patent protection by well-publicized large damage awards for patent infringement. However, in the more than 700 patent infringement cases between 2000 and 2014 in which compensatory damages were awarded, the median award was $372,000.25

However, trade secret misappropriation can also yield large awards, with its combination of actual loss, unjust enrichment, and exemplary damages. By way of example, in a state court case in Texas, a jury awarded a trade secret counter-claimant more than $700 million.26 Perhaps surprisingly, the median damage award in federal court for trade secret misappropriation during the 2001-2015 period was $443,453, which is somewhat higher than the median for patent infringement damages.27

Thus, the owner of an artificial intelligence invention does not sacrifice the potential to recoup damages in the event the invention is maintained as a trade secret, as opposed to the subject of a patent application. And when the potential for damages is coupled with the availability of injunctive relief, a trade secret owner has available a combination of remedies every bit as meaningful as those available to a patentee. It is also worth reiterating that these remedies come without the challenges attendant to seeking patent protection for computer-based inventions. Finally, trade secret status brings with it the threat of criminal sanctions for misappropriation, which can provide a powerful deterrent, thereby decreasing the likelihood of such misappropriation.

3   For example, the Health Insurance Portability and Accountability Act of 1996 (“HIPAA”) and accompanying regulations limit the use that regulated entities can make of patient data. See, e.g., 45 C.F.R. § 164.502(a)(5) (listing prohibited uses of patient data). Where artificial intelligence is used, for example, to improve diagnostic predictability, the use of patient data may well have restrictions on its use pursuant to HIPAA.

5  35 U.S.C. § 112(b) (“The specification shall conclude with one or more claims particularly pointing out and distinctly claiming the subject matter which the inventor or a joint inventor regards as the invention”).

6   35 U.S.C. § 100(f) (“The term ‘inventor’ means the individual or, if a joint invention, the individuals collectively who invented or invented the subject matter of the invention” (emphasis added)).

7   Fed. R. Civ. P. 11(b)(2) (“By presenting to the court a pleading, written motion, or other paper . . . an attorney or unrepresented party certifies that to the best of the person’s knowledge, information, and belief, formed after an inquiry reasonable under the circumstances . . . the claims, defenses, and other legal contentions are warranted by existing law or by a nonfrivolous argument for extending, modifying, or reversing existing law or for establishing new law”).

20   This metric assumes one patent application per family.

21   18 U.S.C. § 1839(3)(B). In contrast, the California UTSA does not include this “readily ascertainable” language in the definition of “trade secret,” and the theoretical ability to reverse engineer does not affect trade secret status. ABBA Rubber Co. v. Seaquist, 235 Cal. App. 3d 1, 7 (1991) (“under California law, information can be a trade secret even though it is readily ascertainable, so long as it has not yet been ascertained by others in the industry”).

Traditionally, those engaged in technological invention have eschewed maintaining their inventions as trade secrets in favor of securing patent protection therefor. There may be entire categories of inventions for which this approach is justified. However, with the proliferation of inventions regarding, and using, artificial intelligence, it is worth considering whether trade secret protection is preferable to patenting. In light of the challenges and costs associated with patenting artificial intelligence inventions, and enforcing patents once they are obtained, there is a reasonable argument to be made that trade secret protection is indeed the preferable option.

Find out more or adjust your settings.

This website uses cookies so that we can provide you with the best user experience possible. Cookie information is stored in your browser and performs functions such as recognising you when you return to our website and helping our team to understand which sections of the website you find most interesting and useful.

Strictly Necessary Cookie should be enabled at all times so that we can save your preferences for cookie settings.

If you disable this cookie, we will not be able to save your preferences. This means that every time you visit this website you will need to enable or disable cookies again.